or, if you don’t have the local repo,

As usual, test by

If everything goes well, you should see a cube. The viewer can be controlled with the mouse: click and drag to rotate, scroll to zoom (also works with pageup/pagedown keys), press W to toggle the wireframe mode (or Z on AZERTY keyboard).

In case the SimpleViewer does not work, you can still export and visualise the surfaces via the python script, included in plots/.

Much like in the curve case (recall Chaikin in TP4 or Lane-Riesenfeld in TP5), a uniform bi-quadratic B-spline surface ($k=2,l=2$) can be evaluated by iterative subdivision of the initial control net $V^0_{i,\;j}$. Here’s the algorithm to perform one step of the subdivision. 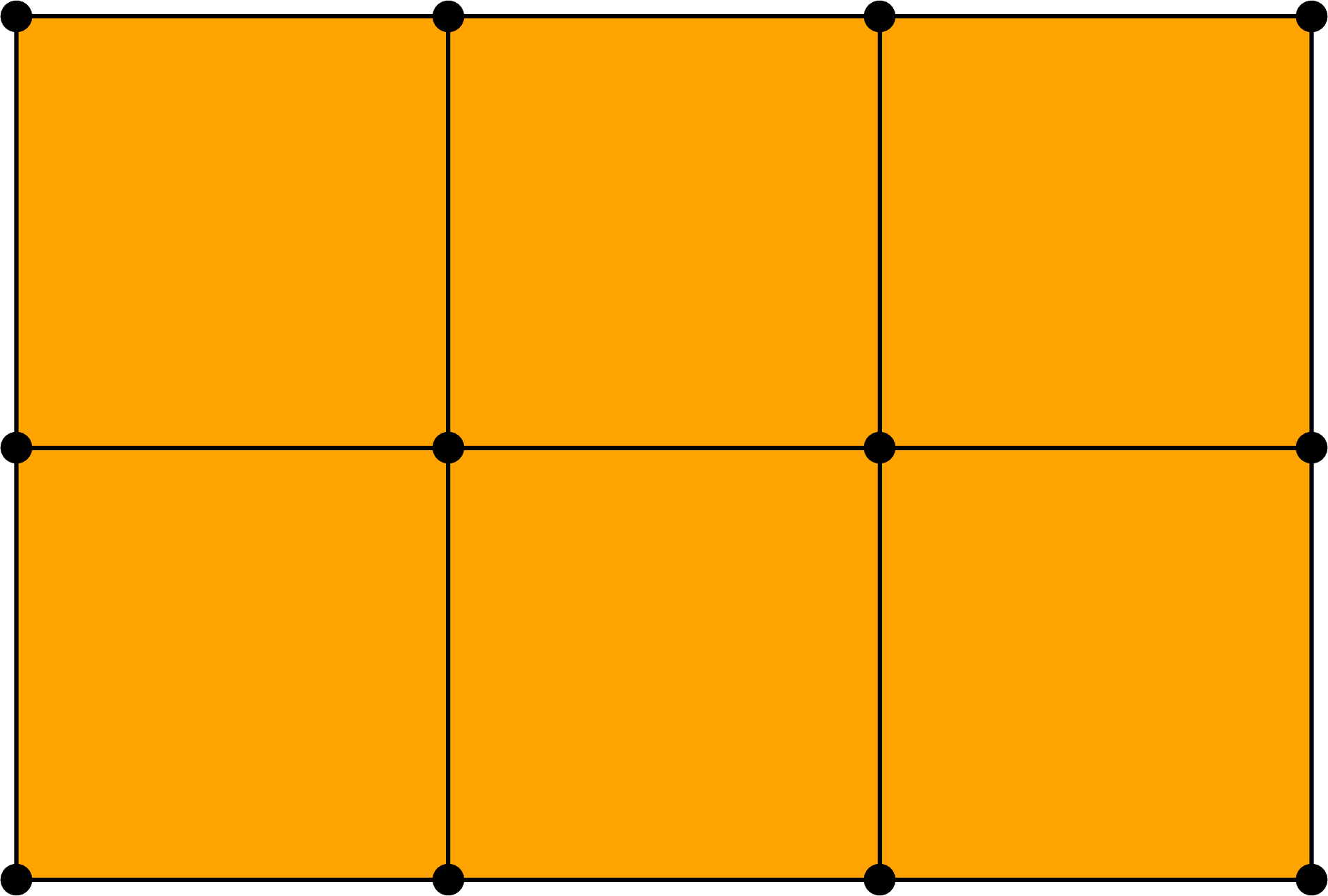 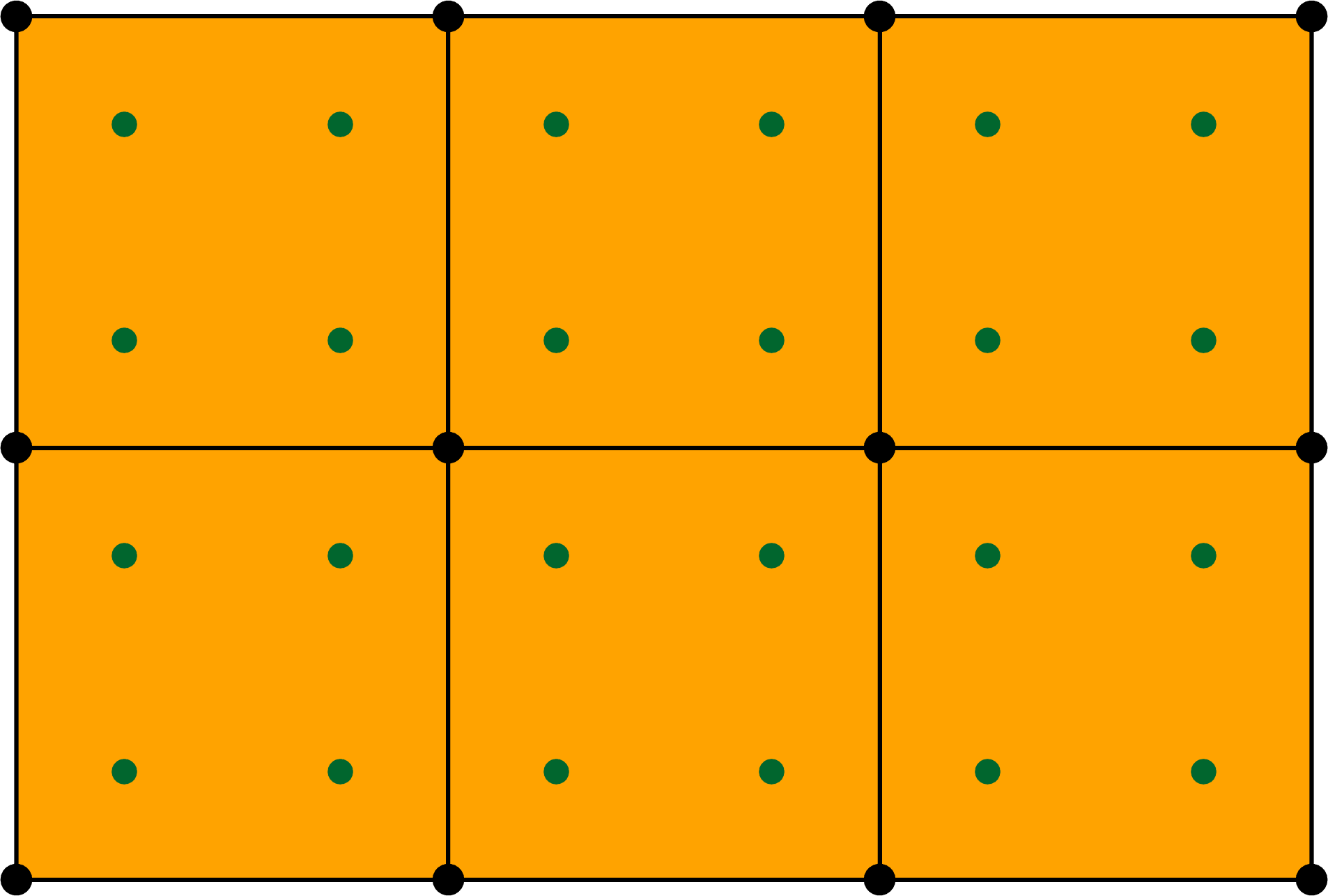 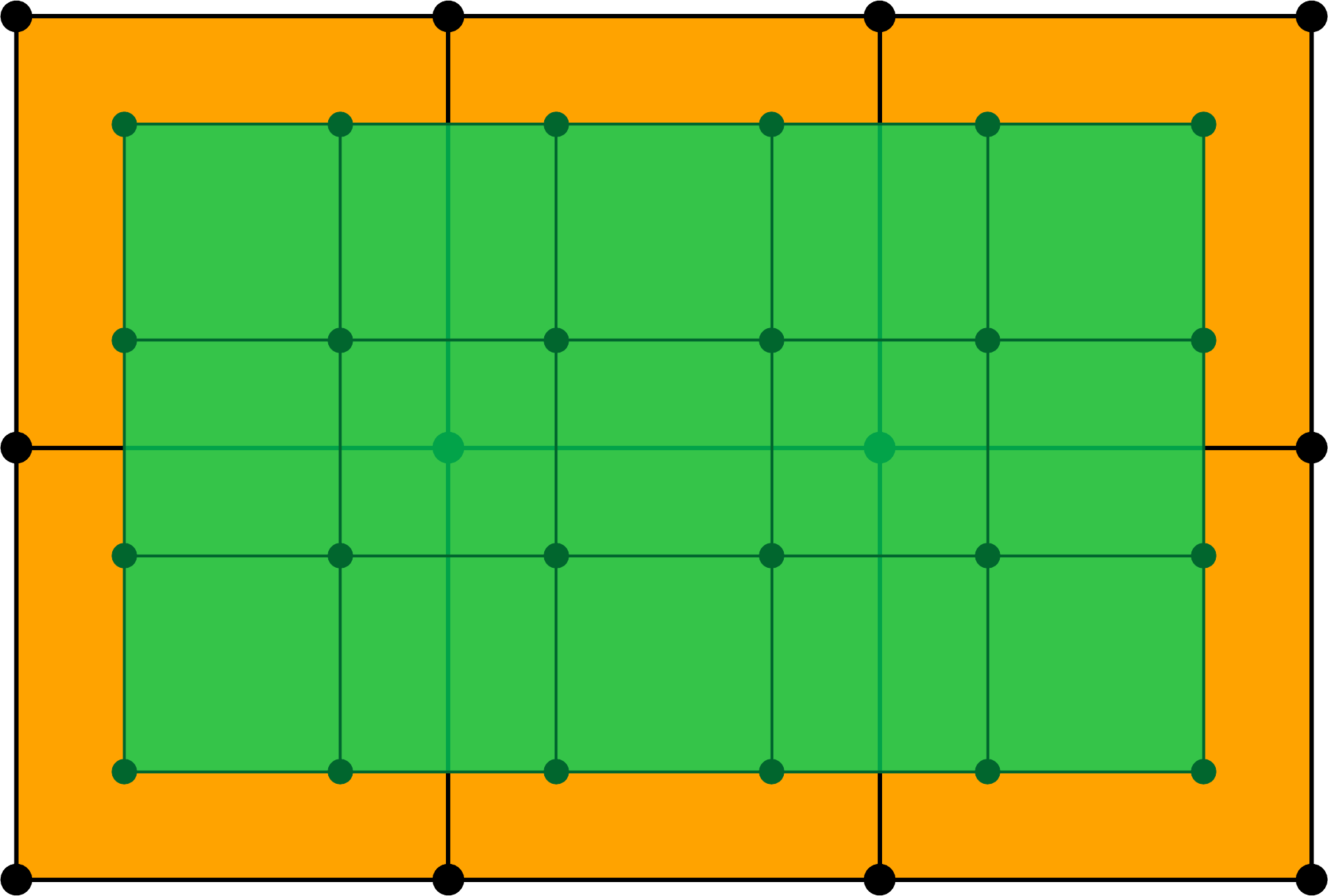 A subdivision step, surface closed in the $u$ direction.

As before, the surfaces are represented via three coordinate matrices X, Y, Z. Apply the algorithm to each matrix individually. The openness/closedness of a surface in a particular direction is controled via the parameters u_closed, v_closed (these are read from the input file).

Start by implementing the algorithm for a surface closed in both directions as this is easier to do; test on [torus]. Don’t forget to use the modulo arithmetic where needed. Then, think about what needs to be changed if the surface is open in one or both directions.