or clone everything if needed

We’re still using Eigen so keep the quick reference open and ready. Python script for rendering is included in the plots/ folder. You can now pass the data name as an argument

If you want to use gnuplot, you will need to modify the script from TP1 yourself.

Looks complicated? Don’t worry if you cannot get your head around all the indices and whatnot; De Boor is here to help you!

… also called the De Boor-Cox algorithm. It can be seen as the generalization of the de Casteljau. (A Bézier curve is in fact a special case of B-spline.)

Be careful with the indices! Here I’ve expressed the point at depth $r$ in terms of the points at depth $r-1$; that is why there is the $r-1$ everywhere in the formula. (It becomes much more elegant if we express $r+1$ in terms of $r$.) This might be a bit annoying, but I think it’s also more practical for the implementation. 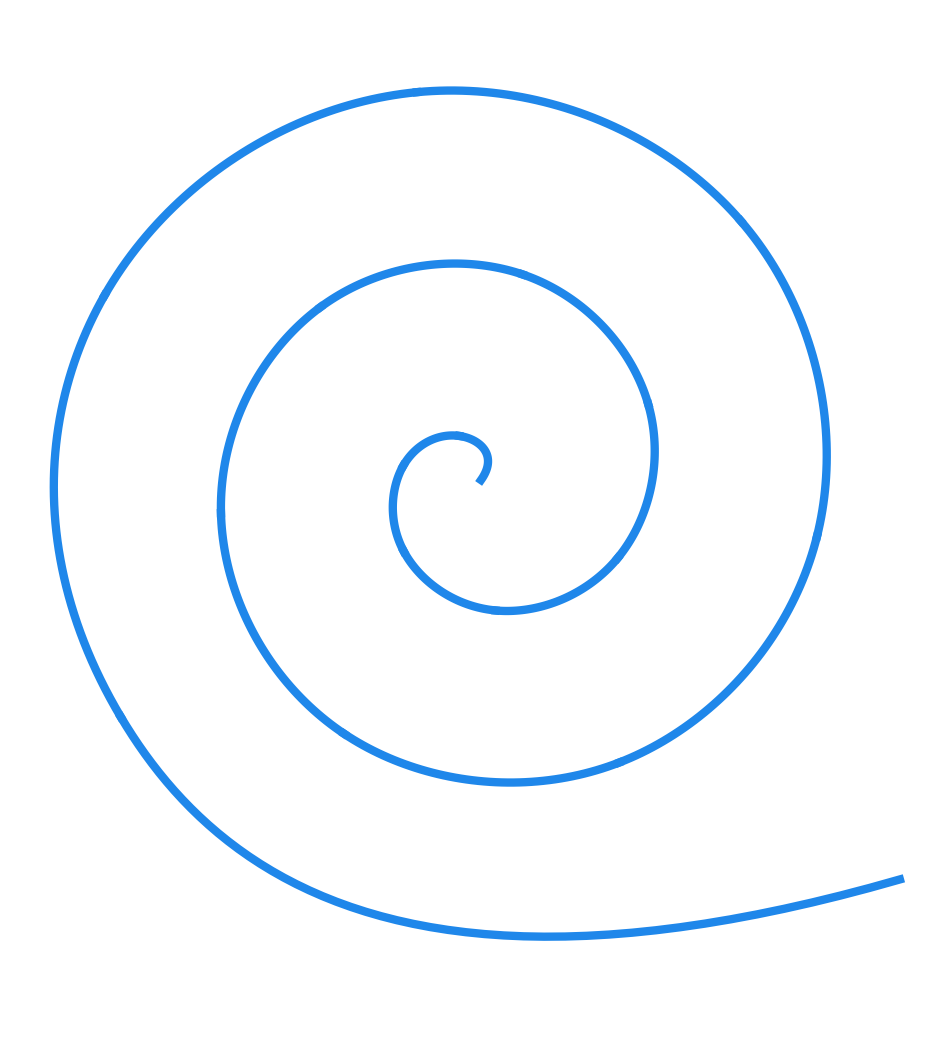 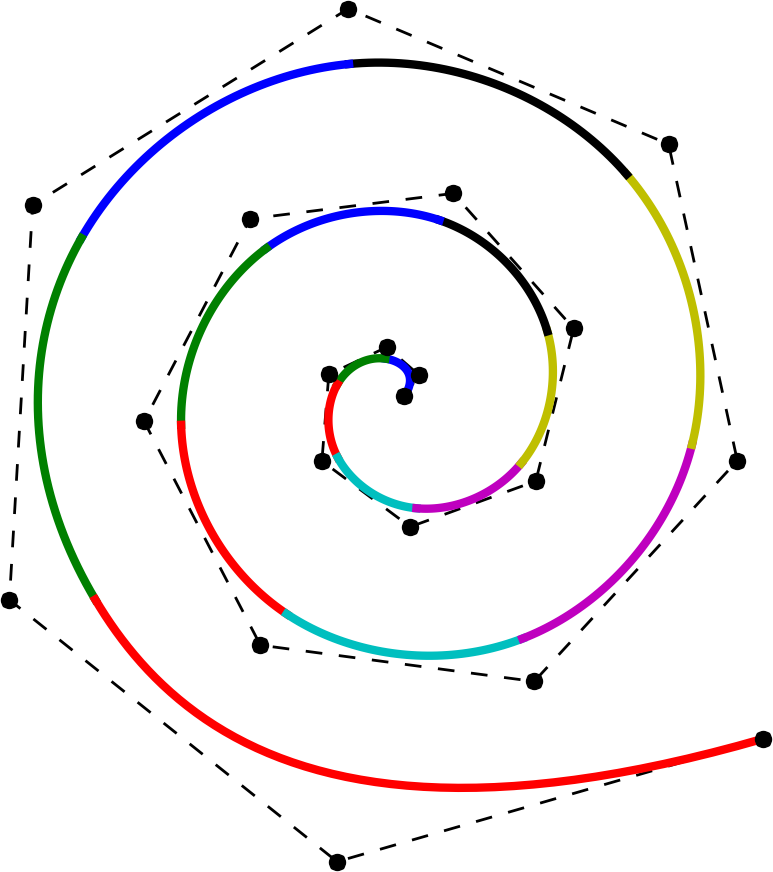 A cubic B-spline with 16 segments and endpoint interpolation.

If you’ve done the tests with the circle.bspline dataset, you might have been disappointed, as the resulting curve is far from being a nice circle. The truth is, it’s mathematically impossible to represent the unit circle as a B-spline. However, it is possible (and not so hard) using a further generalization of the B-spline curves: the non-uniform rational B-splines or NURBS.

If you examine the circle.nurbs file, you’ll find it’s not so different from the circle.bspline. The only thing that’s changed is the additional number after each control point. It almost looks like the control points don’t live in 2D, but in 3D. If that thought occured to you, you’re not far from the truth: together, those three numbers define the homogeneous (or projective) coordinates of a control point. The third number is often called a weight of the control point.

Here’s the good news: even with the homogeneous coordinates, we can apply exactly the same De Boor’s algorithm without any modifications. So, if you’re up for it, here’s a secret recipe for transforming your 2D B-splines into 2D NURBS: